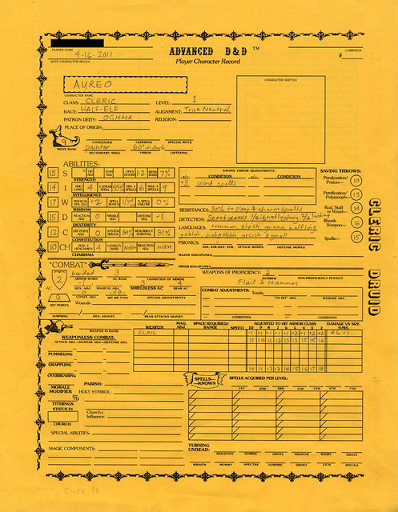 Among my house rules is,

Remember that we have an open game table, which means we constantly have newbies coming - which we want to encourage. Any game has some combination of choice and chance. Chess is all choice, snakes & ladders is entirely chance, roleplaying games are a mixture of the two. The more choice you have the slower the game, as each choice takes time to make, with its own pros and cons and considerations and so on and so forth. If there are a large number of choices during character generation, then it takes a whole session to make a character, and casual players won't give it a go. Newbie players will also be put off since they will instinctively want to optimise their character, but won't know how to for this particular system.

Thus to accommodate new players we want a system which is mostly chance. Roll 3d6 down the line. If we let them do "4d6, drop lowest" or something like that, then with several good stats the choice of character class will be harder. If we let them arrange to taste then they sit there agonising over whether it's better to have Strength 11 and Dexterity 9 or vice versa - of course it won't make much difference in play, but the newbie player doesn't know that. And so - roll 3d6 down the line.

However, everyone likes to have some choices, which is why adults don't tend to play snakes & ladders. Thus after rolling 3d6 down the line you let them choose between fighter, magic-user, cleric and thief. The basic four character classes are the simplest to play, and in early levels there is only so much they can do, with simple choices - use melee or ranged attack, I can cast one of my three spells today, and so on. As they go up in levels more choices become available.

The more obnoxious players may be unhappy with the character they've rolled up and say "I commit suicide." We don't let them do that. No character suicide. Play on, make the best of it. If your character really is that useless they won't survive long anyway - if you as a newbie play them in your inevitably stupid way and they still survive, they obviously weren't as crap as you thought they were.

The best example of this is Kagg the Fighter, whose player rolled him up with... 1 hit point. His player said, "Obviously Kagg thinks he's invincible."

"How does that work?"

"If he'd ever been hit, he'd be dead. So he must never have been hit. Kagg thinks he's invincible."

And so Kagg went to the front of the party and just wandered blithely along not looking for traps, charging in among the enemy, and so on. Obviously this was the player's excuse for playing his character in a way likely to get him killed, so he could roll up a new and better one. Of course, the dice have a sense of humour and he was missed by every attack, made every saving throw, and made it intact until the end of the dungeon.

"Kagg takes his share of the treasure and retires."

"You actually have enough to level up."

That was a one-off session anyway, so that was fine. Whatever you roll up, go with it, make the best of it. They might turn out better than you expect. And if they perish embarrassingly you can always roll up another one.

This character generation house rule makes the campaign more accessible to newbie players, and will work fine for experienced players, too. Give it a go.